This site attempts to protect users against Cross-Site Request Forgeries attacks. In order to do so, you must have JavaScript enabled in your web browser otherwise this site will fail to work correctly for you. See details of your web browser for how to enable JavaScript. Skip to Main Content
It looks like you're using Internet Explorer 11 or older. This website works best with modern browsers such as the latest versions of Chrome, Firefox, Safari, and Edge. If you continue with this browser, you may see unexpected results.
Library - University of Liverpool

Inspirational Women from the University Archives 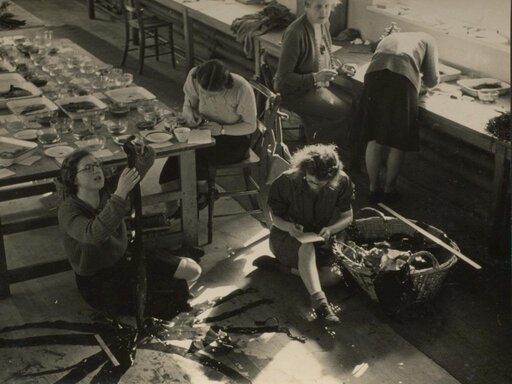 To celebrate International Women’s Day this year, we’re taking a closer look at some of the inspirational women from the University archives. These women were some of the firsts in their fields to achieve significant feats and paved the way for many of the University’s current staff, students and wider community.

Norah Dunphy was also the first woman in the country to be employed as a town planner, appointed as Town Planning Assistant to the Tynemouth and North Shields Corporation in 1931.

The University Archives holds twenty-eight architectural drawings from Norah Dunphy’s time as a student at the University of Liverpool and in employment in the North-East (archive ref: DUN).  The papers were donated to the University by Norah Dunphy’s daughter in 2019 after attending an event organised by the School of Architecture to highlight the achievements of their female graduates. 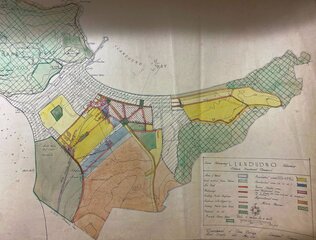 The papers of Miriam Allot and her husband, Kenneth, are held within the University Archive (archive reference: D1073). The extensive collection covers Miriam’s career and personal life, containing material relating to her published books and articles, correspondence, and papers regarding her involvement with the English Association. 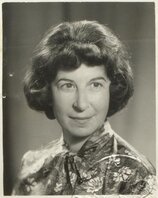 Considered an expert on the life histories of brown seaweed, Margery Knight was highly respected for her meticulous and extensive field studies. She and her students could often be seen scrambling over rocks at the Port Erin marine research station, even after Knight lost her leg in a car accident in 1936.

She was also held in great esteem for her generosity and support of students. Dr Burges (Professor of Botany, 1952-1966) wrote in her obituary for the University of Liverpool Recorder that:

‘It was I believe completely unappreciated that the “small fund to which she had access,” and from which she helped so many, was in fact her own pocket.’ 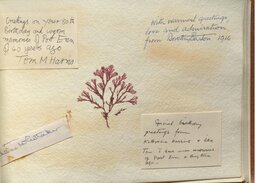 Image: An album containing messages from staff, former students and members of the scientific community, presented to Knight on her 80th birthday (alongside pressed seaweed). Archive reference: D964.

Phoebe Powell was the first female medical graduate at the University of Liverpool, gaining her MD in 1912. She later married fellow doctor Douglas Bigland.

Over her short life she held a variety of medical posts and published widely on venereal disease. She lectured in pathology at the University of Liverpool, was house physician at the Liverpool Stanley Hospital and, on the establishment of the Crofton Recovery Hospital for Women in 1922, became Consulting Physician. In 1926 she set up a Mothers’ Welfare Clinic, through which women could receive contraceptive advice.

Powell was also committed to supporting women in the field of medicine, serving as president of the Liverpool Association of the Federation of Medical Women. In an obituary of Bigland, pioneering surgeon and gynaecologist Frances Ivens-Knowles celebrated her as: ‘a real “live wire” when there was any work for medical women to be done.’

Nadejda Gorodetsky was the first woman to hold the title of professor as a member of staff at the University of Liverpool. She was the holder of Bowes Chair of Russian History, Language and Literature from 1956 to her retirement in 1968. She studied in Paris, where she also authored novels in French and Russian. She then studied at Oxford University, achieving her D.Phil in 1944, and remained there in a teaching position before coming to Liverpool. 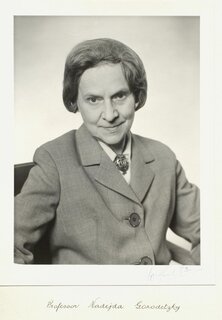 Dame Heilbron was a trailblazer for women in the field of professional law. Born in 1914 (five years before the 1919 Sex Disqualification (Removal) Act), Dame Heilbron was the first woman to be awarded a first class LLB at the University of Liverpool (1935, as only one of two women in England) and subsequently awarded a LLM in 1937. She went on to have a career filled with accolades and “firsts”, including the first woman to lead on a murder case in England (1950) and the first woman to be appointed judge and sit at the Old Bailey (1972). Special Collections and Archives received a donation of Dame Heilbron’s undergraduate notebooks last year; they are a welcome addition to the University Archive and a fantastic research resource. 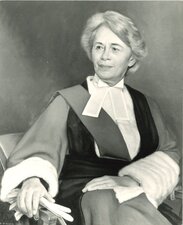 Dora Esther Yates was the first Jewish woman to receive an MA from a British University. Born and bred in Liverpool, Dora taught herself to read English and Hebrew before the age of 5. She enrolled at University College Liverpool aged 16 - one of 70 women amongst 600 full-time students - and received a first-class degree in English, Latin, German and Anglo-Saxon. She went on to graduate with an MA in English Language and Literature in 1900. And her connection to the University didn’t end there – she worked in the English Department, and in Departmental Libraries, before being appointed Honorary Lecturer in Bibliography and Curator of Special Collections from 1938 until her official retirement in 1945. An esteemed scholar of Romani lore and language, and prominent figure in the Gypsy Lore Society, even after ‘retirement’ she continued to travel daily to the University in her new role as Honorary Curator of the Scott Macfie Collection of Books on Gypsy Lore - work she undertook right up until her death aged 94.

For more detail about the life and achievements of Dora Esther Yates see SC&A’s blog post. 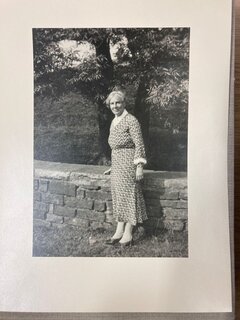 Nina Walley was the first woman to graduate as an engineer at the University of Liverpool. She was awarded a BEng in 1912, and it is suspected (although not confirmed for certain) that she was the first female engineering graduate in England. She married fellow engineering student Mr Cecil Walley and moved to Canada. She specialised in civil engineering.

This information is based upon the research of Dr Nina Baker (Twitter handle: @ninabake2).

Celebrate Black History Month with Libraries, Museums and Galleries
What is Special Collections and Archives?
Liverpool Literary Festival 2021
Managing Your Time at University
Update: Study spaces in the library

Enter your e-mail address to receive notifications of new posts by e-mail.