A collection comprising 25 boxes of manuscript and typescript copy, corrected proofs, maps and other material (1887-1903) by Charles Booth and others for Life and Labour of the People in London. The typescripts include Ernest Ave's amendments and unpublished material. 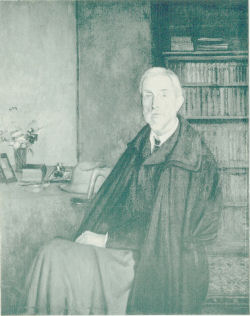 Charles Booth (1840-1916) was born and educated in Liverpool, and worked in the family shipping lines of Alfred Booth & Co. and the Booth Steamship Company.

His objection to the claims made in 1885 by F. Hyndman and the Social Democratic Federation about the levels of poverty in London led him to fund his own inquiry, which resulted in the publication of the 17-volume study. Many of Booth's researchers became socialists as a result of their experiences, whilst Booth himself proposed that the state should introduce old age pensions as a form of limited socialism, and his influence lies behind the 1908 Old Age Pensions Act.