12 boxes of research notes on the Port of Liverpool and other ports in the North West of England (1700-1850) particularly the Customs Houses. 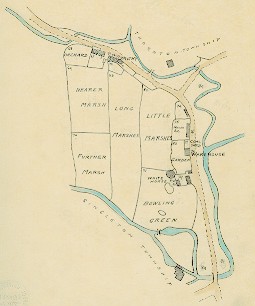 Rideout's notes draw on source material at these ports during the 1920s and early 1930s; they include transcriptions of original material about the Liverpool Custom House which no longer survives. The notes were deposited at Liverpool in 1954.

Rideout took a BSc degree in Botany and Chemistry from the University of Liverpool in 1921, and set up practice as an Agricultural Consultant. He took his MA from Liverpool in 1931 for his thesis `The Operation of the English Navigation Acts during the Eighteenth Century'. His publications include `Wirral Watersheds and River Systems and their influence on Local History' and `Wirral Field Names', Transactions of the Historical Society of Lancashire and Cheshire (1923), The Custom House, Liverpool and The Growth of the Wirral (1927).