More than 150 volumes of 17th to19th century mathematics texts from a range of distinguished authors, including Newton, Gauss, Lacroix and Laplace. The texts have a rich provenance history tying them to the University of Liverpool and beyond. Many bear bookplates marking them out as gifts in memory of Samuel Forster Grace, a distinguished and brilliant mathematician working at the University of Liverpool who died in 1937 as a result of injuries suffered in World War I.

Many of the books came from a collection owned by Walter Stott, a Liverpool actuary, and his wife Alicia Stott, a mathematician. They have a provenance history connected to both the Stotts and the Worshipful Company of Actuaries, along with Duncan C. Fraser, another actuary who bequeathed many of these texts to the University. The Liverpool Mathematics Society is also connected to these texts, and gave many to Fraser in 1940 as his library was destroyed during enemy bombing of Liverpool in World War II.

The collection, acquired in 1944, was transferred from the Ashton building to the University Library in 1973.

Read posts about the Grace Library on the Special Collections and Archives blog Manuscripts and More. 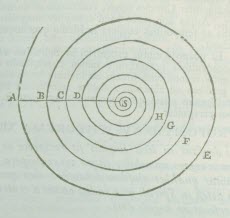