The University Library holds significant collections of 15th- and early 16th-century printed books, including 250 volumes of incunables (pre-1501 printing). Many were gifts reflecting the wealth and generosity of the University's benefactors. 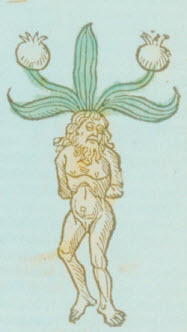 The Early Printed books collection was established in 1901, following the Thomas Glazebrook Rylands bequest (which included 77 incunables), and incorporated early books already in the library. The gift of Sir Charles Sydney Jones in 1945 included 12 incunables, and the Morton collection, bequeathed by R.A. Morton in 1969, a further 14, notably Ranulph Higden's Polycronicon (Westminster: William Caxton, 1482). Many fine individual additions have been made, including the Aldine editio princeps of Plato (1513) given by John W. Hughes, and individual items have also been bought with the help of the funds bequeathed by Sir Henry Tate and others.

These books are valued not only for their texts, but for their typography, woodcut illustrations, provenance history, contemporary annotations and contemporary or later fine bindings. The vellum copy of Marcus Tullius Cicero De Officiis; Paradoxa [stoicorum] (Mainz, Johann Fust and Peter [Schoeffer], 1465) is famous as the first dated edition of any classical author and the first to use a Greek typeface. The University's copy was purchased from the Earl of Derby's library at Knowsley Hall in 1954, with the aid of the Sydney Jones Fund and a grant from the Friends of the National Libraries.

Letter Q from 1473 work by Pope Gregory I

The donor John Hughes (d.1917), a Liverpool shipowner and member of Council, 'held the delightful view that his Christmas present to the University should consist of rare books'. SPEC E.P.I.G823.1.fol