The Glasiers, pioneers of the British socialist movement, were founder members of the Independent Labour Party (1893) and both served on its National Administrative Council. They married in 1893. John Bruce Glasier, Party chairman from 1900-1903, was an ardent believer in International Socialism, a powerful speaker and a prolific journalist.

Katharine St John Conway was one of the six convenors of the 1893 Bradford conference that brought the Independent Labour Party into being. Throughout her life she campaigned vigorously as an inspirational orator, writer and journalist for the Labour movement. She was editor of The Labour Leader (1917-1921) and helped to set up the Women's Labour League. Amongst the social causes she promoted were the introduction of pithead baths for miners, National Old Age Homes, provision of school meals for children of the poor, and the campaign for municipal nursery schools. She was affectionately referred to as the `grandmother of the British Labour movement'. The papers were presented in 1976 by the Glasiers' son, Malcolm Bruce Glasier.

A month in the life of a radical: John Bruce Glasier in March 1911

John Bruce Glasier (1859-1920), a founder member of the Independent Labour Party, used this diary to keep a detailed record of his life during March 1911. 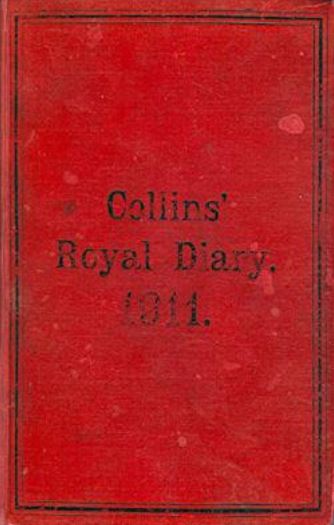 The entries reveal a month in the life of a radical through his public and private commitments, and notably through the women in his life: his ailing mother and six dutiful sisters, his campaigning wife Katharine and their three young children, and their visitors and friends.

At the end of February, Glasier travelled overnight from Liverpool to London, where his sisters were nursing their sick mother, who was under the care of Dr Ethel Bentham (later a labour MP). She had summoned a specialist, who delivered the diagnosis of incurable cancer to Glasier after his sisters left the room. Dr Bentham stayed to tell the women the bad news. Glasier remained in London for a week; his diary entry on March 1 notes visits from Mrs Ramsay MacDonald and Miss MacMillan, and an evening at the House of Commons with Keir Hardie. He returned to his home in Liscard, on the Wirral on March 6, ‘All peace here’, he commented, noting his baby son’s welcoming smile. The March 6 entry records also that Katharine is away on party business in Yorkshire, and that his daughter ‘Jeanniebell’ has been kept from school for a month with eye trouble.

Glasier remained at home for a fortnight, his visitors including Jenny Davies (Mrs Whitehead) who had

lived with the family for the previous 12 years, through the births of their three children. The diary entry for March 12, headed ‘Not out lecturing today’, explains ‘Katharine and I are arranging that henceforth as far as possible one or other of us will be at home on Sundays for the children’s sake’ (Katharine was away on party business in Lancashire). Other entries note political news: the Foreign Secretary Edward Grey’s ‘peace speech’ on March 14 is ‘a bright space in a threatening and dispiriting cloud of government foreign policy’; and research discoveries including Paul Ehrlich’s research on blood cells.

On Sunday 19 March, after a meeting in Coventry, Glasier returned to London for a week, visiting his mother and attending political meetings, exhibitions and lectures, including hearing the social philosopher L.T. Hobhouse ‘pulverise the new eugenics cranks’. He returned home, via a meeting in Manchester, on Friday 26 and gratefully records ‘Katharine had my study all nicely in order and shiningly clean. Dear good girl!’ Katharine returned home from Bristol on Monday 27 and they discussed her reading of H.G. Wells’s New Machiavelli. Glasier records the ‘terrible holocaust in New York - 200 work girls burnt or killed in a fire in a skyscraper’.

The entry for March 31 notes the darkening situation in Europe. Glasier spent the last day of the month in the Liverpool Library, researching possible causes of cancer, whilst Katharine called on his mother after a meeting in London. It was to be her final visit: Glasier’s mother died on April 16, Easter Sunday. Glasier survived the First World War, but died of cancer in 1920. He had tried unsuccessfully to treat his illness through diet and Christian Science teachings.