This site attempts to protect users against Cross-Site Request Forgeries attacks. In order to do so, you must have JavaScript enabled in your web browser otherwise this site will fail to work correctly for you. See details of your web browser for how to enable JavaScript. Skip to Main Content Library - University of Liverpool

The major collection relating to the personal, business and political life of Sir John T. Brunner, Bart. (1842-1919) and his links to the University of Liverpool as a prominent benefactor. Presented by Brunner's grandson, Sir Felix Brunner, in 1973. 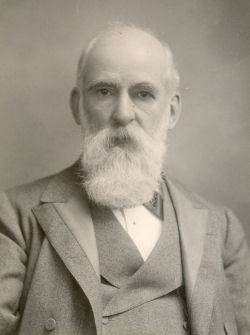 John Tomlinson Brunner began his career as co-founder of Brunner, Mond and Co. a company which became one of the largest alkali works in the world before eventually merging into the multinational firm of ICI (1926).

He was Liberal MP for Northwich, Cheshire 1885-1886 and 1887-1909 and during his career worked with William Gladstone and Herbert Henry Asquith and campaigned for free trade, workers rights including the eight hour working day in addition to international issues regarding naval disarmament in the lead up to the First World War. In 1895 John T. Brunner was given a baronetcy and in 1906 made a member of the Privy Council.

Sir John T. Brunner was a generous benefactor to various organisations most notably The University of Liverpool where he served as Pro-Chancellor from 1909. He endowed the Brunner Chairs of Economic Science, Egyptology, and Physical Chemistry.

Brunner as a workplace reformer

Sir John Tomlinson Brunner was co-founder of Brunner, Mond and co. with Dr. Ludwig Mond. The company, an alkali works based in Winnington, Cheshire, produced soda ash which is a key chemical used in the manufacture of glass, textiles, soap and paper. The company eventually grew to become one of the largest alkali works in the world. Their success was, in part, due to the pioneering nature of their business practices. Most notably Brunner and Mond believed they needed to do more for their workers and sought to improve their working conditions. In the context of the time this was unusual, as during the industrial revolution the development of factories led to increasingly dangerous working conditions and it was commonplace for people to work a 15 hour day and without paid holiday, allowances for sickness or compensation for work-related accidents. Factory owners wanted to maximise production, which was often to the detriment of their workforce. 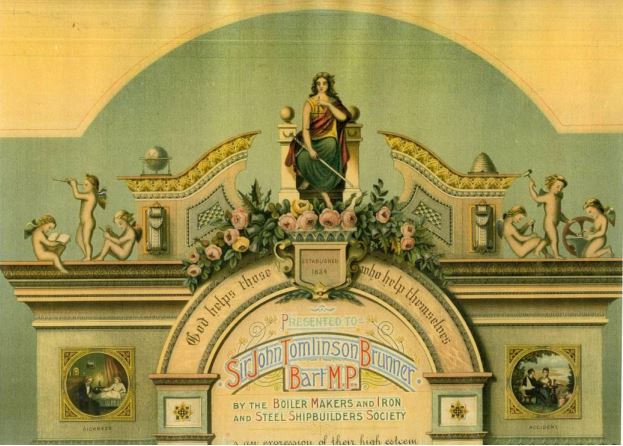 This testimonial was presented to Brunner at the opening of the Winsford Guildhall in 1899; the pictures illustrate the working reforms Brunner advocated and implemented in his own business.

Sir John T. Brunner's experiences as a factory owner allowed him to use his own business as a model for reform. He introduced sick pay, one week’s paid holiday per year and the eight-hour working day for those working for Brunner, Mond and Co. 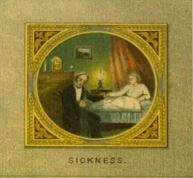 Brunner also supported legislation in 1897 which gave compensation to workers injured in the workplace. The small pictures featured on the testimonial demonstrate the importance of reforms such as sick pay and compensation from accidents. Although there were humanitarian reasons for these policies, Brunner also believed that treating workers well increased the productivity and efficiency of business. These reforms were an example of a business that thrived by looking after its workforce. Others were greatly influenced by this and adopted similar policies; the testimonial from the Boiler Makers and Iron and Steel Shipbuilders Society demonstrates this.

In addition to his successful business career, John T. Brunner was Liberal MP for Northwich, Cheshire from 1885 virtually continuously until his resignation in 1909. This position allowed him to support legislation for workers’ rights whilst encouraging close links to the community he represented. The testimonial Brunner 4/3/1 was presented to Brunner upon his gift of a school to the Parish of Barnton, commemorating a legacy of benefactions focussed on education and welfare.

In 1895 John T. Brunner was given a baronetcy and in 1906 made a member of the Privy Council. His status as a prominent Liberal MP and generous benefactor has left a legacy of reforms which have shaped the way we live and work today. 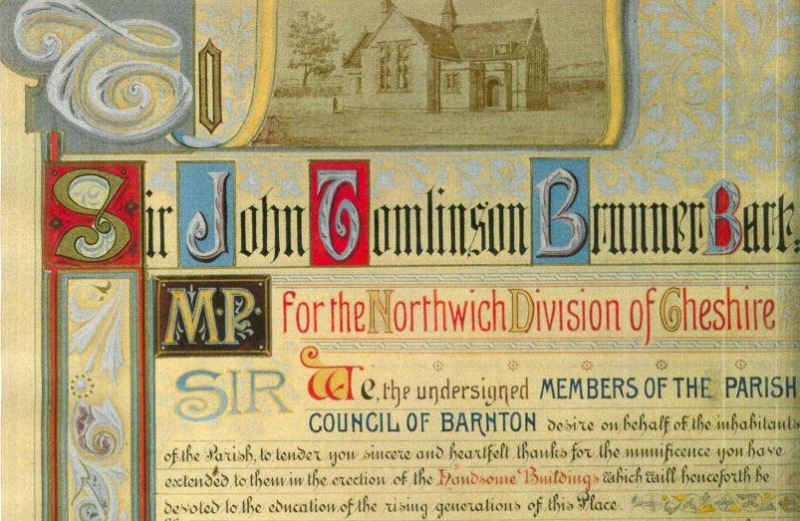