Printed material from the library of Manuel Irujo (1891-1981), Navarrese lawyer and politician, and exponent of Basque culture. 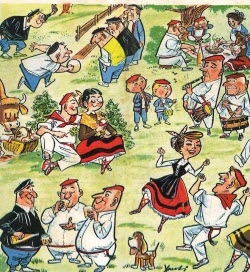 The collections of Manuel Irujo contain nearly 400 books and pamphlets, and 117 periodicals relating to the Basque language, literature and culture, the Basque Country during and after the Civil War, Basque politics and nationalism, science and nature, and Latin America. It includes Basque newspapers published for exiles in both Europe and the Americas, and many rare Basque language publications. Many of the items contain dedications from Manuel Irujo’s friends, colleagues, and associates, including Herbert Rutledge Southworth, Isidoro de Fagoaga, Eduardo Chillida, Pere Bosch-Gimpera and Luis Quintanilla. This addition develops the strong Spanish Civil War collections.

Manuel Irujo began his political life as the Autonomous Deputy of Navarre. He became a Member of Parliament for Guipuzcoa, and during the Second Republic he was Minister without Portfolio as part of Largo Caballero’s government. When Negrin took over Manuel Irujo was appointed Minister of Justice, but resigned from his position, mainly due to the violence and bloodshed of Franco’s regime. After the Civil War he fled to the UK, and then later France, and was a minister in the Republican government in exile. He returned to Spain after Franco’s death in 1977 and was elected Senator of Navarre. In 1979 he became President of the Autonomous Basque Nationalist Coalition; he died in 1981.

The Library of Manuel Irujo was donated to the University by his family to support Basque teaching and research. Read more...