Using the Library during the national lockdown

The University is currently only providing study space for students who require essential access to study spaces or IT resources that they cannot access from home.

Students who are able to study from home or in their accommodation should do so and avoid travelling to campus. 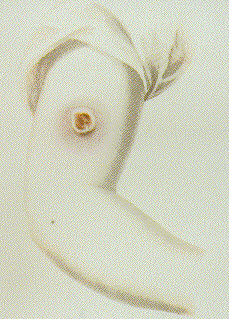 The collection includes medical books from the 2000-volume bequest of Dr John Nottingham (an ear and eye specialist) in 1896, from the Liverpool Athenaeum, the Liverpool Infirmary, and books transferred from the separate libraries of the Faculty of Medicine.

The medical collections include early herbals, the classic texts of Galen and Hippocrates, landmark texts by Anton van Leeuwenhoek, Edward Jenner and popular medicine such as spa cures. Anatomy is well-represented in the collection of anatomical atlases, including Andreas Vesalius, De Humani Corporis Fabrica and William Hunter's The anatomy of the human gravid uterus.The early books from the School of Tropical Medicine library are also deposited in the library, comprising 200 vols. of 17th-19th century texts and the publications of Sir Ronald Ross.