Medieval manuscripts and 15th-20th century books from the library of Robert George Morton (1880-1973) founder of the Argosy and Sundial Circulating Libraries. 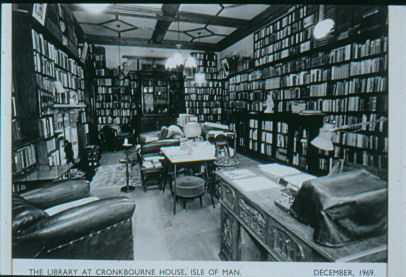 The Morton collection, one of the most outstanding gifts ever received by the University Library, was presented by him in February 1969. One of the four medieval MSS presented is a text of Gregory IX's Decretals written in 1290 and later owned by William Morris and Bruce Ingram. The fourteen incunables include the Nuremberg chronicle (1493) and Ranulph Higden's Polycronicon (printed by Caxton in 1482).

The collection is also strong in first and early editions of English literary and historical writers: examples from the 16th century include Francis Bacon, Thomas More, Thomas Elyot and the only complete copy known of the early Tudor schoolbook Sum, es, fui (1532); from the 17th century, the second folio of Shakespeare, the 1st edition of Milton's Eikonoklastes and the 1st edition of Florio's translation of Montaigne, and from the 18th century the 1st editions of Chatterton's Poems (1777) and Boswell's Johnson (1791).

Landmark texts in the history of science include the Opera posthuma (1672-3) of the astronomer Jeremiah Horrocks, who was born at Toxteth Park, Liverpool, Lavater's Essays on physiognomy (1792-1810) and the 1st edition of Darwin's Origin of species (1859). 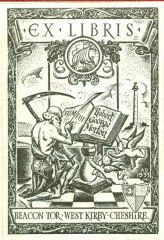 The book arts are represented by the work of the illustrators Ackermann, Beardsley, Bewick, Caldecott and Cruikshank, the Strawberry Hill and Kelmscott Presses, the edition of Addison printed by Baskerville (1761) and fine bindings, including four volumes with fore-edge paintings.

Morton, born in Liverpool, started his career in 1903 by opening a bookshop and circulating library in Birkenhead. On his retirement in 1935, the Argosy and Sundial businesses has 2727 branch libraries and a stock of four and a quarter million books. Before moving to Cronkbourne House, Isle of Man, he had lived at Beacon Tor, West Kirby and made a perpetual public gift of the land adjoining it, abutting the landmark of the "beacon".