350 19th century English scientific books from the library of Robert Arthur Talbot Gascoyne-Cecil (1830-1903), third Marquess of Salisbury. Presented in 1957 by his grandson, the fifth Marquess, Chancellor of the University (1951-1971). 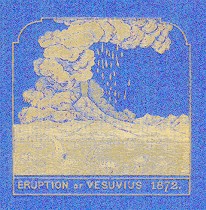 The collection contains overviews of contemporary science (including the 3rd Marquess's own 1894 work on evolution) reports of contemporary events such as the 1872 eruption of Vesuvius, and important texts in the new field of electricity, for example Faraday's Experimental Researches in Electricity, 1839-1855 and Maxwell's Treatise on electricity and magnetism. Einstein's work on relativity was founded on Maxwell's electromagnetic theory, and Einstein himself ranked Faraday with Galileo and Maxwell with Newton.