The archive and library collections of the former Liverpool Royal Institution, which hosted meetings of local learned societies. 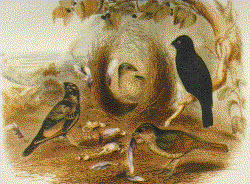 The Liverpool Royal Institution was founded in 1817 for "the promotion of Literature, Science and the Arts ...

I. By Academical Schools
II. By Public Lectures
III. By the Encouragement of Societies who may unite for Similar Objects
IV. By Collections of Books, Specimens of Art, Natural History, etc.
V. By providing a Laboratory and Philosophical Apparatus and
VI. By Association of the Proprietors".

The Institution opened, with an address by William Roscoe (1753-1831), on 25 November 1817. Writing the Liverpool Royal Institution’s history in 1953, Henry A. Ormerod was struck by, " how much of the intellectual life of nineteenth century Liverpool was centred in the Royal Institution, and how many of our modern institutions originated either as the direct creation of the Institution itself, or as guests within its walls".

The library and archives, partly destroyed in the bombing of Liverpool in 1941, were transferred to University College, Liverpool in 1894. The LRI archives include lists of subscribers and proprietors; committee minutes; correspondence; legal records; catalogues of the collections; records of gifts; visitors' books; and financial records. Printed Reports and Addresses of the LRI (1825-1941, not complete) received with the LRI Library were transferred to the LRI archive in 2020.

The Library includes about 1500 16th-19th century volumes (not now kept together), which relate chiefly to the Institution's natural history and art collections.The Hand List of Books and Pamphlets of the Liverpool Royal Institution kept at the Tate Library, University College, Liverpool (Liverpool, 1894) records books transferred to the University, including Gould's Birds of Australia and Benjamin Gibson's 1851 bequest of 171 volumes which reflect the time he spent in Rome as assistant to his brother, the sculptor John Gibson. The 1894 transfer was commemorated by a bookplate designed by Robert Anning Bell. A surviving borrowers' register shows loans made 1859-1893.