This site attempts to protect users against Cross-Site Request Forgeries attacks. In order to do so, you must have JavaScript enabled in your web browser otherwise this site will fail to work correctly for you. See details of your web browser for how to enable JavaScript. Skip to Main Content Library - University of Liverpool

The book collections contain more than 100 000 volumes including many of the landmark texts in Classical and English literature, history, architecture, medicine, science and travel. 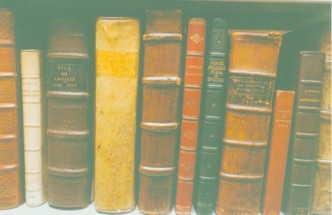 The book collections include:

The collections include many limited editions and private press books, and examples of Liverpool printers and authors; they are also rich in the publications of nineteenth century printing clubs, particularly the Bannatyne Club of Edinburgh and the Maitland Club of Glasgow, which are a major source for Scottish literature and history, but also the Roxburghe Club of London, the Spenser Society of Manchester, and the Newcastle Typographical Society.

Books with particularly fine bindings and illustrations, or interesting associations, are found throughout the printed collections. Many of these have been given, either individually or as part of a larger library, by generous benefactors of the University, including the outstanding gifts of the Rathbone family, Sir Charles Sydney Jones and the family of Professor Lyon Blease.

John Cam Hobhouse, Baron Broughton, A journey through Albania and other provinces of Turkey in Europe and Asia, to Constantinople, during the years 1809 and 1810 (London; James Cawthorn, 1813). Classmark: SPEC Y81.5.155. 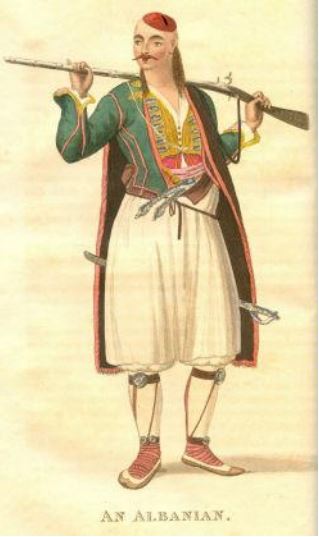 A first edition of the account of his travels in Albania, Greece and Turkey by John Cam Hobhouse (1786-1869), politician and classical scholar. Hobhouse had become a close friend of the poet Lord Byron during their time at Cambridge, and Byron accompanied him on this journey, during which he was writing Childe Harold's Pilgrimage.

Hobhouse, who was to be one of Byron’s executors, later published Historical illustrations of the fourth canto of Childe Harold: containing dissertations on the ruins of Rome; and an essay on Italian literature. During their travels, his anthology Imitations and Translations from the ancient and modern classics, together with original poems was published, which contained several poems by Byron.

There were two editions of the Albanian travels in the first year of publication, each published in both single and two volume versions, but the so-called ‘second’ edition was simply a duplicate of the first with a new title page. After Hobhouse’s retirement from parliament and active public life in 1852, Byron’s publisher John Murray brought out two revised, smaller format ‘new editions’ in 1855 and 1858, under the title Travels in Albania.

The illustrations, apart from the frontispiece and maps, are hand-coloured aquatints of notable sights (the Stadium at Delphi, the Valley of the Plistus, Athens, Hadrian’s Temple, Acropolis and Parthenon, Marathon, a Turkish bath, Hellespontine Phrygia, Tophana, the first gate of the Seraglio, and the new barracks of the Bombardiers and Miners) and costume-plates (a dancing 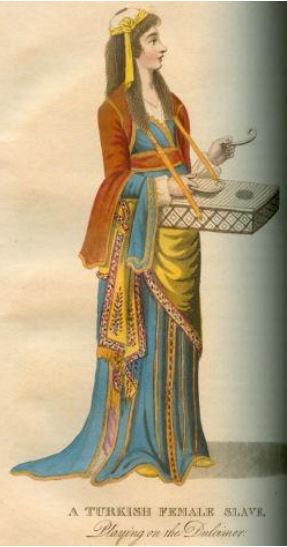 girl, an Albanian, a Greek lady in her walking dress, a Turkish female slave, a Turkish woman, a Sultana, and a Colonel of the Janissaries). The Appendix includes inscriptions, poems, and prose in Greek and English, a facsimile of a letter from Ali Pasha of Albania, with whom Hobhouse and Byron stayed in October 1809, Greek music, and a section on the Albanian language.

The copy in Special Collections at the University of Liverpool has a contemporary binder’s label for Jacques, of Chichester, and the early twentieth-century bookplate of Philip H. Ashworth.

Copies of Hobhouse’s work were owned by two of the great collectors of travel literature: J.R. Abbey, in his comprehensive catalogue of Travel in aquatint and lithography 1770-1860, based on his own library, records his own copy of Hobhouse’s Journey through Albania, the 2-volume first edition, with the contemporary bookseller’s label of T. Muncaster, 26 Church St., Liverpool; a copy was also owned by Henry Myron Blackmer II, the great collector of books on Greece and the Levant. The recent acquisition of Hobhouse’s Journey through Albania adds to the existing strength of the University of Liverpool’s travel literature collections, particularly in the Balkans.

Other notable illustrated titles in the collections include:

Other highlights of the printed book collections

SPEC NESS QK297.W91: Guide to Alpine plants aimed at amateur gardeners, responding to the fashion for growing at home the species being brought back by plant hunters, or seen on European travels.

Views on the Liverpool to Manchester railway

SPEC Y83.5.75: 1831 volume with plates engraved from on-the-spot drawings, including the station at Parkside, where Liverpool MP William Huskisson was fatally wounded by George Stephenson's Rocket during the railway's opening ceremony.

The Ancient Wrasse: Gosse, The Aquarium, 1854

SPEC JUV.1384.3: The University's long-established expertise in marine biology is supported by rare books on aquatic life and natural history, many with fine illustrations.