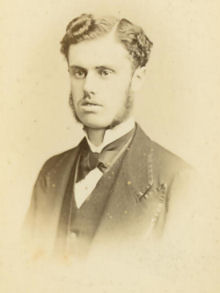 Following a short period of training with the Rathbone Brothers offices in Liverpool he travelled to New York to represent the firm in America. In 1879 he returned to England to operate with William Lidderdale the new London branch of the firm. He developed several other business interests, including directorships of the Royal Exchange, the London County and Westminster Bank, Parrs Bank, the Hong Kong banking corporation and the P & O Steamship Company.

He also continued the work of his father, William Rathbone VI to promote district nursing, serving for over 20 years as Honorary Secretary of the Queen Victoria's Jubilee Institute for Nurses.

He was a keen patron of the arts, whose correspondents and friends included the artist John S. Sargent. He held musical recitals in his home and helped to launch the careers of Hungarian composer Francis Korbay and Australian musician Percy Grainger.

Blanche Rathbone was one of the original members of the Invalid Children's Aid Association (1888) and later founded the Chelsea branch, of which she was honorary secretary until her death. In 1909 she established a school in Chelsea for physically disabled children.