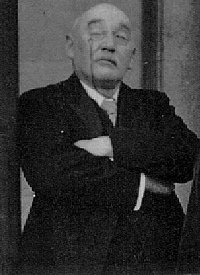 Philology was Sampson's passion and the Romani language his obsession; self-taught in phonetics, Sanskrit and comparative philology, he researched particularly Welsh Romany and Irish 'Shelta'. See Bibliography of John Sampson’s writings in the Journal of the Gypsy Lore Society.

At the age of 14, Sampson had to leave school and was apprenticed for seven years to Alexander MacGregor, a lithographer and engraver in Liverpool. He resolutely continued his education, reading widely, and at 22 he briefly set up his own small printing business.

In 1892, he was accepted as the first full-time librarian at University College, later the University of Liverpool, where he remained until 1928. On his arrival he found gifted and inspiring friends, including Sir Walter Raleigh and Kuno Meyer, and, later, willing 'disciples', notably Dora Yates.

In 1907, Sampson and fellow gypsiologist David MacRitchie persuaded Robert Andrew Scott Macfie to revive the Gypsy Lore Society which Sampson had been involved with from its inception in 1888, but which had been defunct for the previous 14 years. Correspondence in the GLS archive suggests that one aim of the revived society was to get Sampson's research into print, and he remained a major figure until his death, acting as President 1915-1916. In his will, Sampson directed that his death should be "attended by no religious ceremony of any kind whatsoever" and his funeral, reported in the national press, included, at he has requested, a procession to scatter his ashes on Foel Goch to the accompaniment of Gypsy music.

The University Archive for records of John Sampson as University Librarian.