'a scholar; a romantic; a humanist ... a rebel' 'Her interest in the Romani race was her great passion in life.' JGLS obituary. 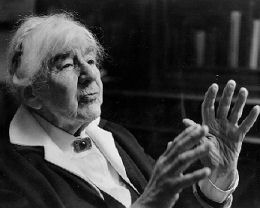 Her work in Gypsy Studies (see Bibliography of the work of Dora Yates in the Journal of the Gypsy Lore Society) was only one part of a distinguished academic career, recognised by the award in 1963 of an Honorary Degree (Doctor of Letters) from the University of Liverpool, which she served from 1906 to 1945. Shortly after her official "retirement" the University appointed her Curator of the Scott Macfie Collection of books on Gypsy Lore which she had largely been instrumental in obtaining for its Library in 1936.

The University Librarian, John Sampson, a recognised Gypsy scholar, recruited Yates to study the lives of the Gypsies, having first set her a stringent course of reading in Romani and folklore. Dora Yates's autobiography My Gypsy Days (1953) describes her first introduction to Sampson's Gypsy friends at Aintree, Liverpool, on Christmas Eve 1903, in a snowstorm. There she met the flamboyant Gypsy character, Kenza (Mackenzie) Boswell, head of the Lancashire clan.

With Sampson's other 'disciples', she spent many years recording the speech and folktales of the Wood family of Welsh Gypsies, material which became the basis for Sampson's The Dialect of the Gypsies of Wales(1926), still one of the most authoritative works on Romani.

The Welsh village of Gwerfil-Goch where many of the Woods had settled, was a focal point for gypsiologists, where Yates met the poet Arthur Symons, the artist Augustus John and Gypsy scholars such as R.A. Scott Macfie, T.W. Thompson, Eric Otto Winstedt and the Rev. George Hall. She assisted Macfie with the editing and production of the Journal of the Gypsy Lore Society until its publication was interrupted by the First World War in 1914, and again after 1932 when Macfie resumed his post as Secretary and Editor of the Society. When Macfie died in 1935 Dora Yates became Honorary Secretary of the Society. She edited the JGLS from 1955 until her death in 1974.

The Special Collections and Archives blog, Manuscripts and More, featured Dora Yates in a 2021 post to mark International Women's Day.