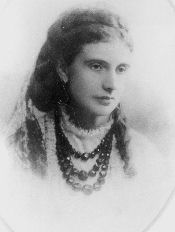 The collection contains more than 350 volumes of books and pamphlets, including contemporary periodicals such as The Shield and the original 1871 Report of the Royal Commission into the operation of the Contagious Diseases Acts. Many of these were owned by Josephine Butler or her eldest son, with annotations by them. The collection of Josephine Butler's correspondence is the largest outside the Women's Library and includes 155 letters not available in the Josephine Butler Letter Collection on microfiche (IDC/Fawcett Library, 1982).

The fourth daughter of the internationally-renowned agricultural expert, John Grey of Dilston, Josephine Butler grew up in an intellectual, political and social milieu which helped to form her strong religious convictions and social conscience. Her husband, the Rev. George Butler, a considerable scholar in his own right, supported his wife's campaigning work at the expense of his own career.

In 1866, following his appointment as Principal of Liverpool College, the Butlers moved to Liverpool, where Josephine became President of the North of England Council for the Promotion of Higher Education of Women. In 1869, the Ladies' National Association for the repeal of the Contagious Diseases Acts (LNA) was founded, and, under Josephine Butler's leadership, led the campaign which resulted in the repeal of the Acts in 1886. She was also a major figure in the British, Continental and General Federation (later the International Federation for the Abolition of State Regulation of Vice), founded in 1875.

Her independent views on Irish Home Rule, the Boer War, women's suffrage, slavery and other issues found public expression through her many books, pamphlets, periodical contributions and letters to the Press. In Liverpool, her example was recognised within a few years of her death with her inclusion in the Noble Women windows in the Anglican Cathedral and the naming of the Josephine Butler Memorial House.

The Josephine Butler Memorial House, Liverpool, affiliated to the Anglican Archbishops' Advisory Board for Preventive and Rescue Work, was set up in 1920 in association with the University of Liverpool to train women as professional administrators in the field of social welfare, in accordance with the reforming principles of Josephine Butler's work. It offered, from a succession of premises in the city, one year social work courses, or the two year full Social Science course of the University of Liverpool, with which the House was always closely associated. Continuous financial struggles and the gradual evolution of professional social services made the House (later Josephine Butler College) unviable. The last students finished their courses in 1972.