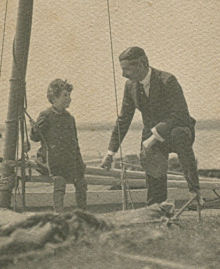 Only son of William Gair Rathbone VII and Blanche Luling.

William Rathbone VIII served as a Captain of the Royal Engineers Territorials (Wireless Signal Co.); his military career included service with the West African Frontier Force in the Cameroons, 1915-1916.