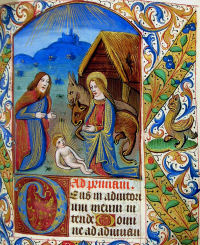 These collections are a witness to the cultural and educational life of Liverpool from the late nineteenth century onwards. The University's collection in particular reflects the tastes and aspirations of the City's wealthy benefactors, and the generosity of the families wishing to commemorate their lives.

The medieval manuscripts in these collections are fully described in N.R. Ker's catalogue of Medieval Manuscripts in British Libraries and in the exhibition catalogues detailed below. Many have survived in their medieval bindings. There are also collections of early deeds described separately.

Almost half of the collection was bequeathed by Thomas Glazebrook Rylands (1818-1900); a further eight manuscripts were given by Charles Sydney Jones (1872-1947) alongside his generous benefactions to the former Education Library, and four by R. G. Morton (1880-1973) in 1969. The period 1938-1961, when Kenneth Povey was University Librarian, was an active period of acquisition: 18 further manuscripts were added by donation, transfer (from the Gregson Memorial Institute), and purchase.

We have four manuscripts fully digitised and available online:

The manuscript collections have featured in several national exhibitions, most recently in The Tudors at the Walker Art Gallery, Liverpool (2022). A Book of Hours given by R.G. Morton (MS.F.3.14) and an Atlas of Portolan charts donated by T.G. Rylands (MS.F.4.3) can be seen on the exhibition virtual tour.

View the Manuscript collections at a glance by shelfmark or browse the collections via the galleries below. 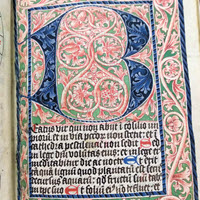 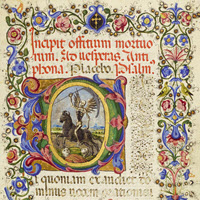 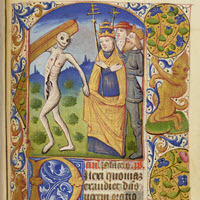 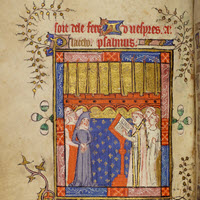 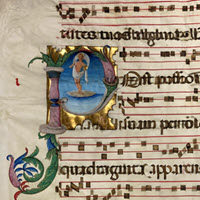